Busy days are over and here i am mates! My last post was about a week or more so its really nice to get back on track.

I, at times encounter consoles of different sizes, shapes and built. They can even be weird and out of the normal shape but, not did i encounter a cartridge this huge. 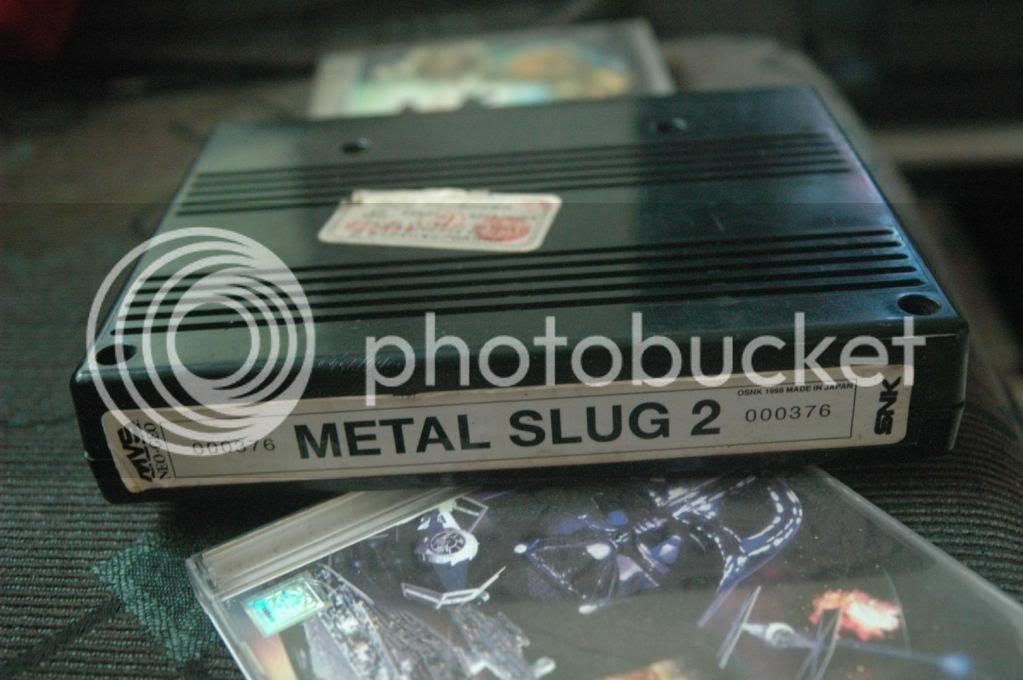 It's a NEO GEO MVS game.I'll be honest, i did not have any knowledge on Neo geo MVS specifically or any NEO GEO SNK products during the time i got this stuff, so i was pretty startled of its size. 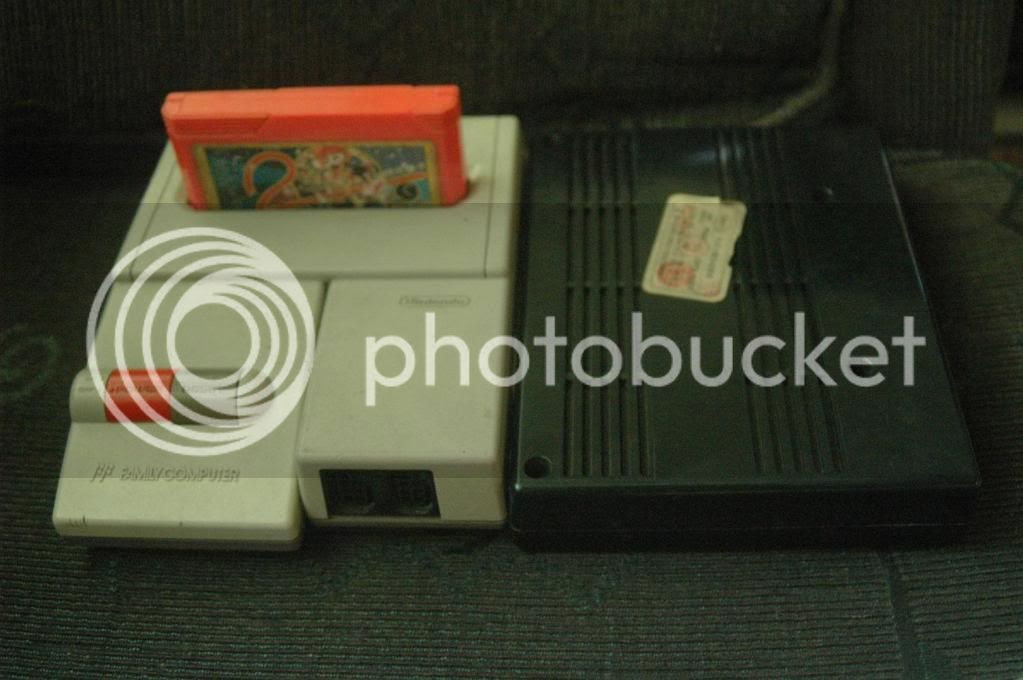 Yes, its almost of the same size as the Nintendo's AV Famicom. 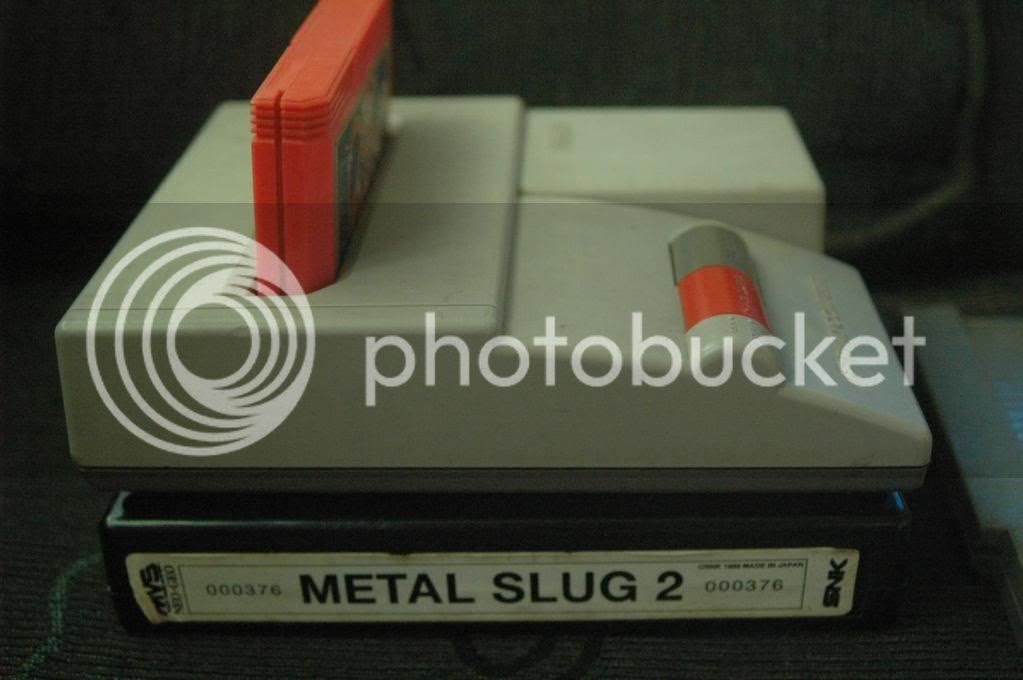 Or close to a commercially popular earphone box. It is indeed fairly large and bulky compared to other cartridges i realized. 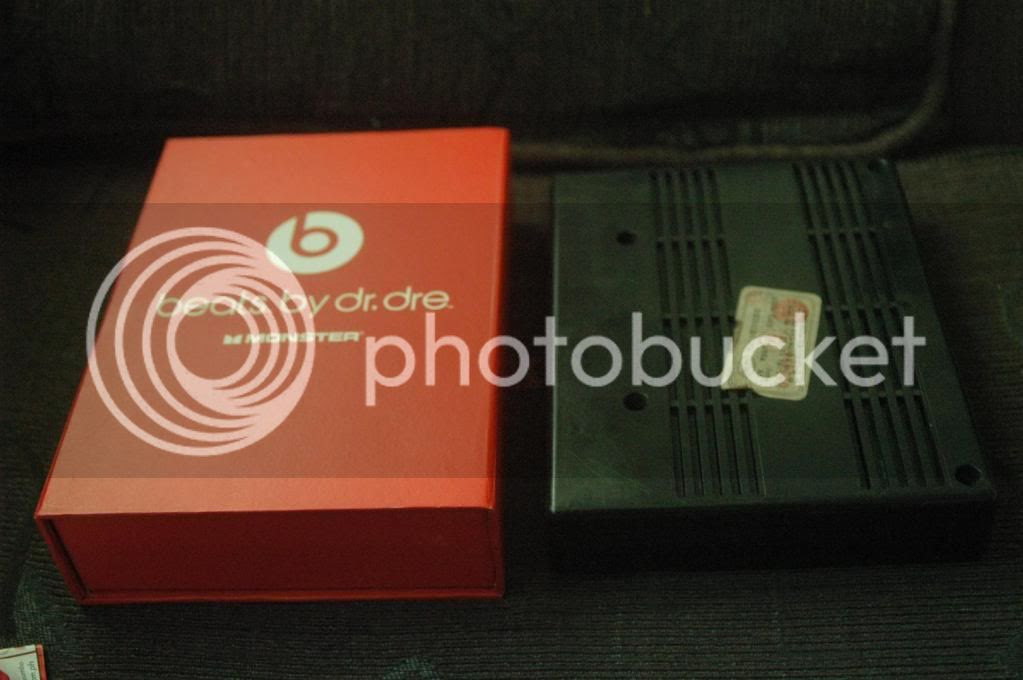 This game is the famous metal slug sequel , Metal slug 2. A more graphically nice update of the first release which was a hit,just to mention.

Later on, for a 362 Mbit cartridge , i understood that it is not surprising how huge it is and the other MVS cartridges.Probably, they needed this huge boards to store more memory or something, because at its time, this games really took a quantum leap when it comes to video gaming technology.

It even have vents on it, because this cartridge would usually sit inside a arcade machine cabinet , unlike the home version AES which is comfortably placed at houses.
They also have 4 screws just right above that are easily accessible, for maintenance purposes is guess. It is also noticeable that unlike usual cartridges, it does have 2 boards inside that inserts simultaneously to the console. 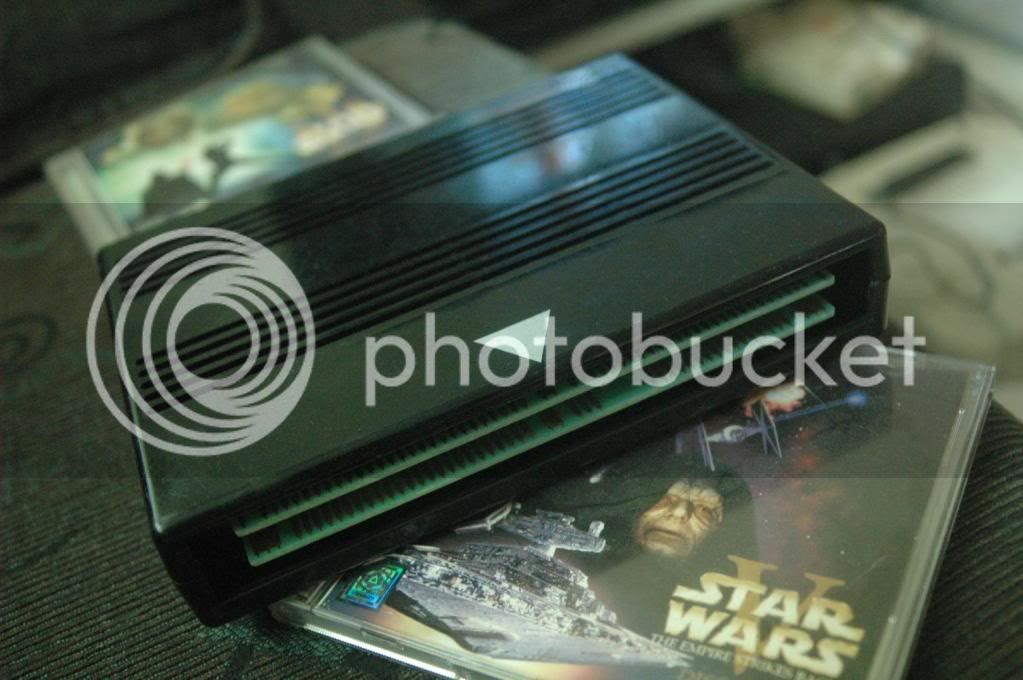 It may be a long shot but i am really dreaming to play this game and actually own a mvs arcade system, or even just an adapter with an aes system someday. Yea, i know , i know, its a dream worth big bucks =D . It is fine , as to dream is FREE. =D Who knows.
Posted by The Dark Rift at 1:00 AM 6 comments

HOW DO YOU ENJOY RETRO GAMING? and some weekend mess on a LAZY SUNDAY

No. I will not discuss about nudity or some adult material folks =). It's just one of those Saturday night afters again.

Just a piece of sentiment. . . from a retro gaming collector

after some booze last night.I just woke up and... 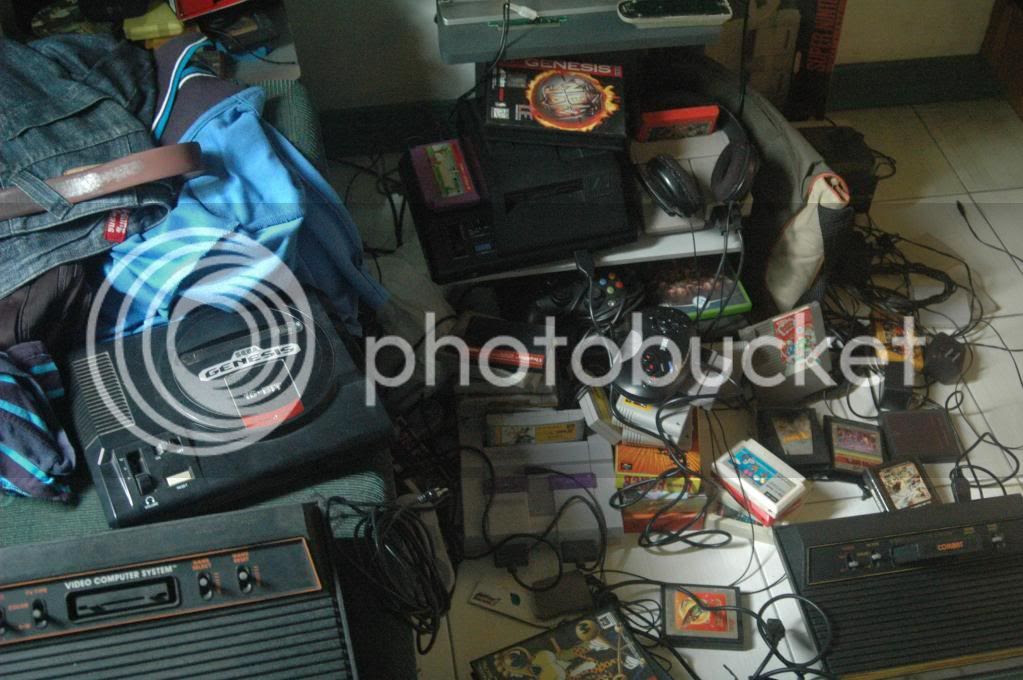 One of the very fulfilling moments of my retro video gaming adventure is when i spend my weekends or free nights with my gangsters with some booze while playing games with my ADULT machines, my retro gaming gizmos i meant. 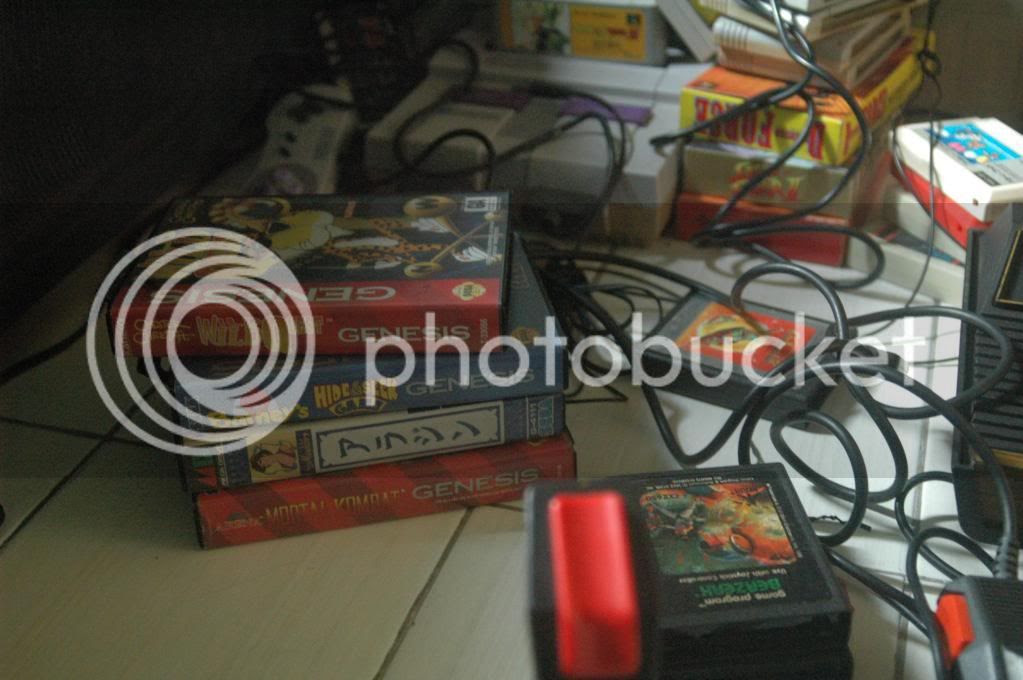 I don't know how other people enjoy the same retro gaming collection but i just hate the one's who get the enjoyment by bragging about the stuff they have and act like they know everything about it. 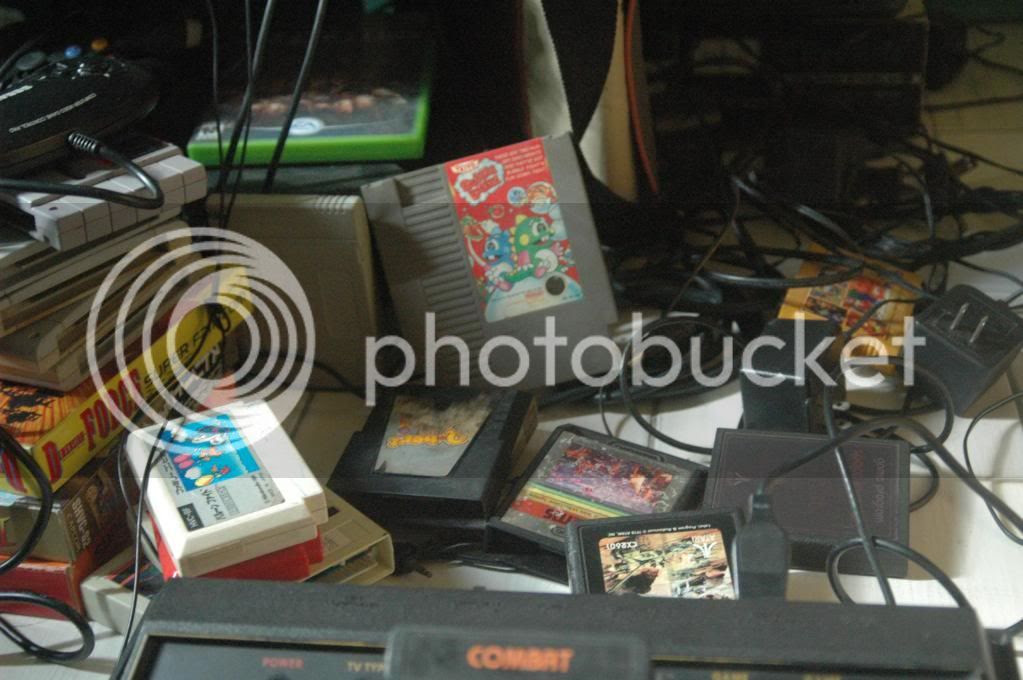 Unlike other collectors, or hoarders? i don't really care and envy other people's collection,all that matters for me is that i do enjoy what i have together with all the adventure, memories and thrill that came along, the "bragging rights" issue is just second thereof. 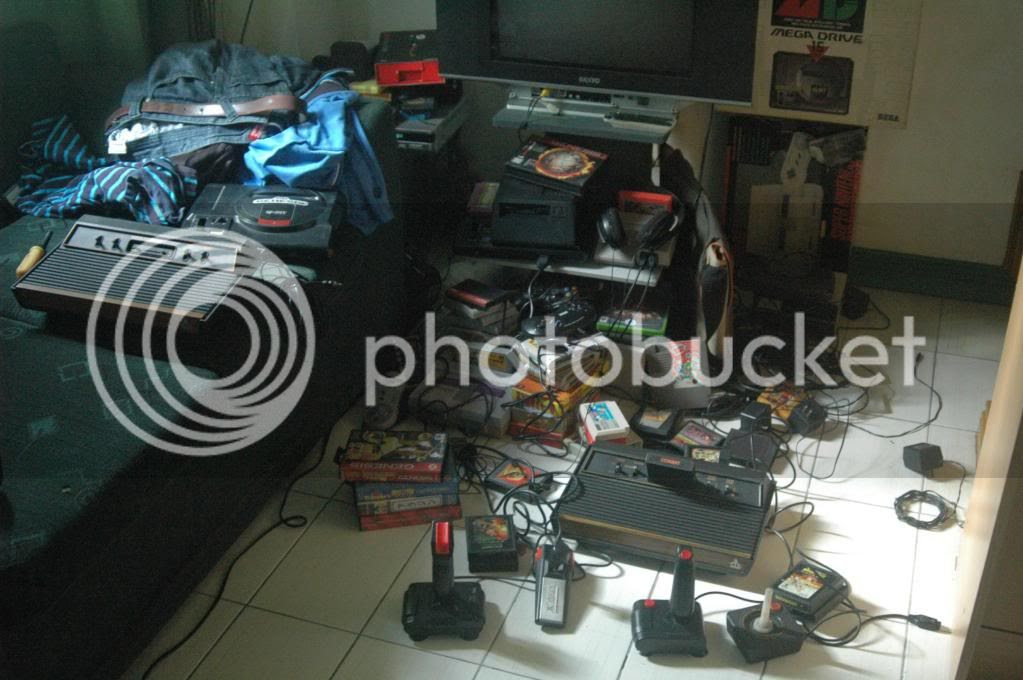 I just don't see much of a sense out of it,i meant, if you brag to "brag". I do brag about some of my stuff(not so many stuff that i can brag about actually) but,i do it on the purpose of joking, always,and not because i want to brag and dismay or disgrace someone. I don't like it when someone actually acts like he is superior or something.

for me it all boils down to whenever you actually enjoy them.Or not.

To those who enjoy bragging .Go on.. eat my pants! 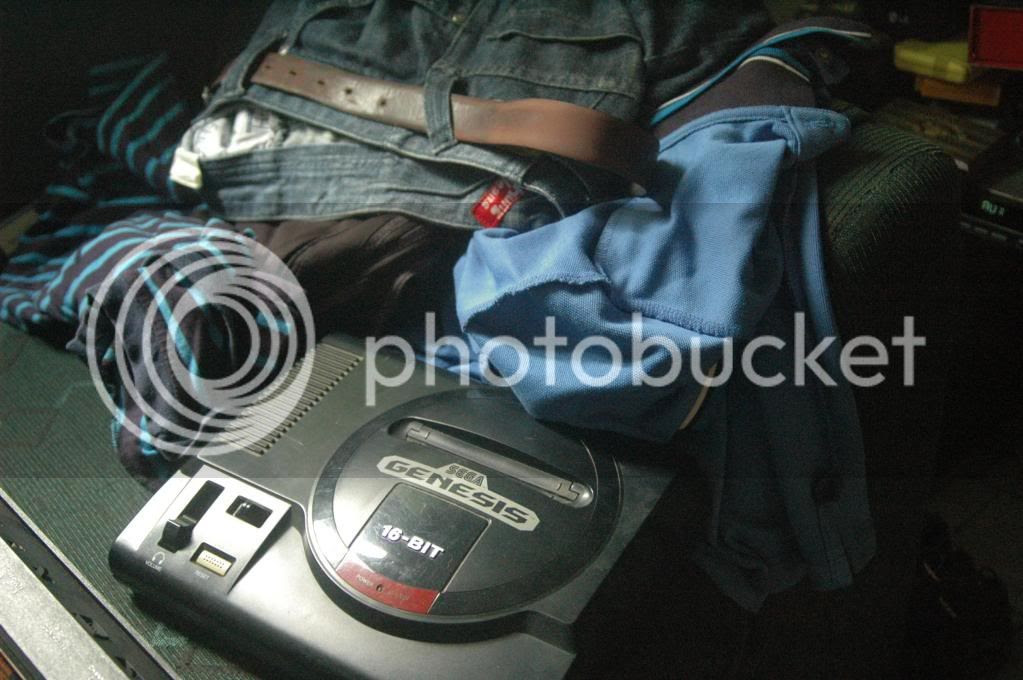 An addition to my SEGA GAME GEAR collection

Game gear games and the Unit itself are unarguably collectible,that's at least for me.I don't have this "too much passion" thing for handhelds compared to consoles but, i like game gear. 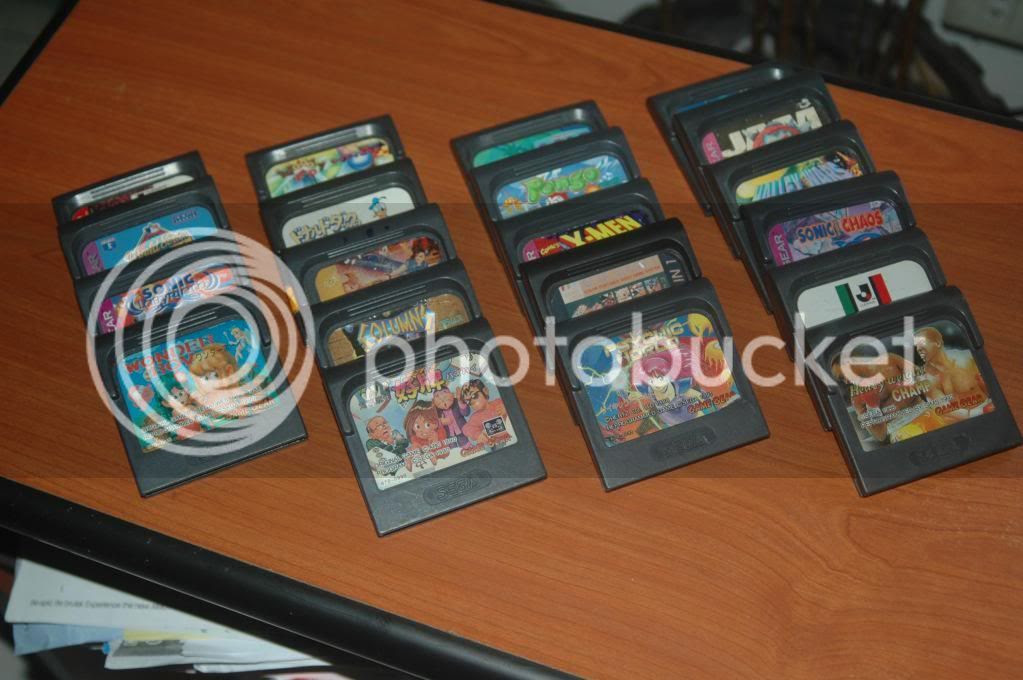 Although, i think they are the kind of stuff that should be handed that extra TLC. I don't know if anyone would agree with that but,in fact, I have encountered so many broken Sega game gear units over time.LCD failure, power supply power trip, sound problems and so many other problems. Allot of them are lying around but broken.I think i can attest to that, 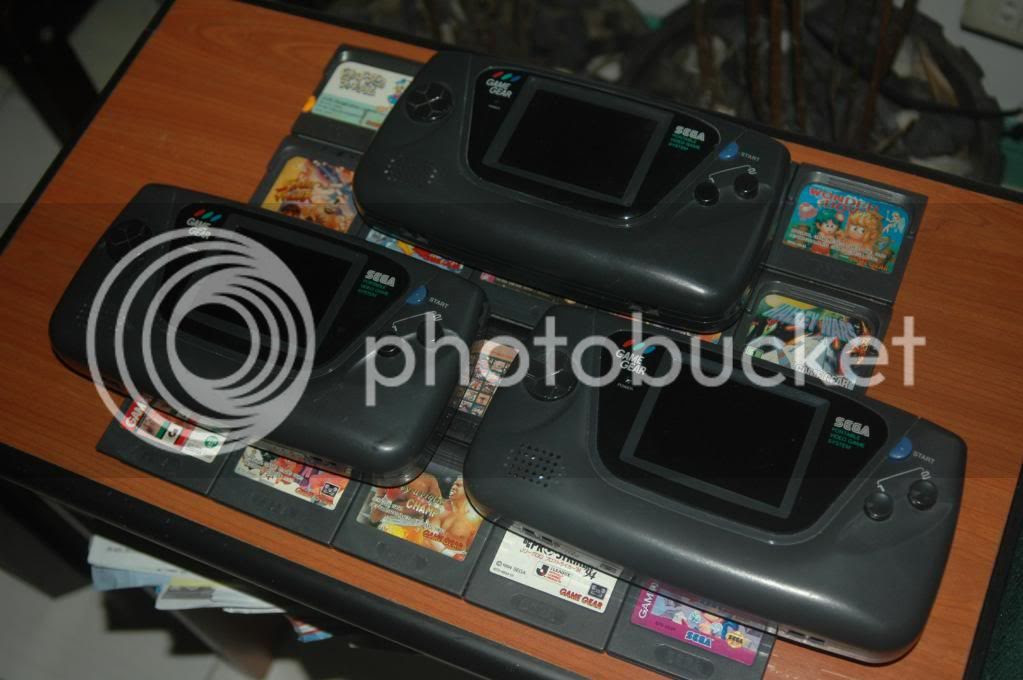 Yes, i own three Sega Game gears and two of them are broken.

Despite all that Sega game gear is the thing for me still, because i think it is very playable and enjoyable. Its not the type of handheld that you just want to turn off immediately after few minutes because of the game discomfort.The games are quite amusing i can say, just like a small version of your Sega Master system.

But what i like about it the most is that, it has this TV like lcd that emits light ,this then lets you play it even without a sunlight unlike your 1st gen Nintendo Gameboy(unless you have the gameboy light on it)ironically,that feature probably also gave the game gear its main fall backs such as the battery and LCD failure issues.

Back to the games, I have now a total of 20 nice games without the doubles.Pretty decent number i guess, can enjoy several games now.Plus that 1 pirate cartridge that says 73 in 1! 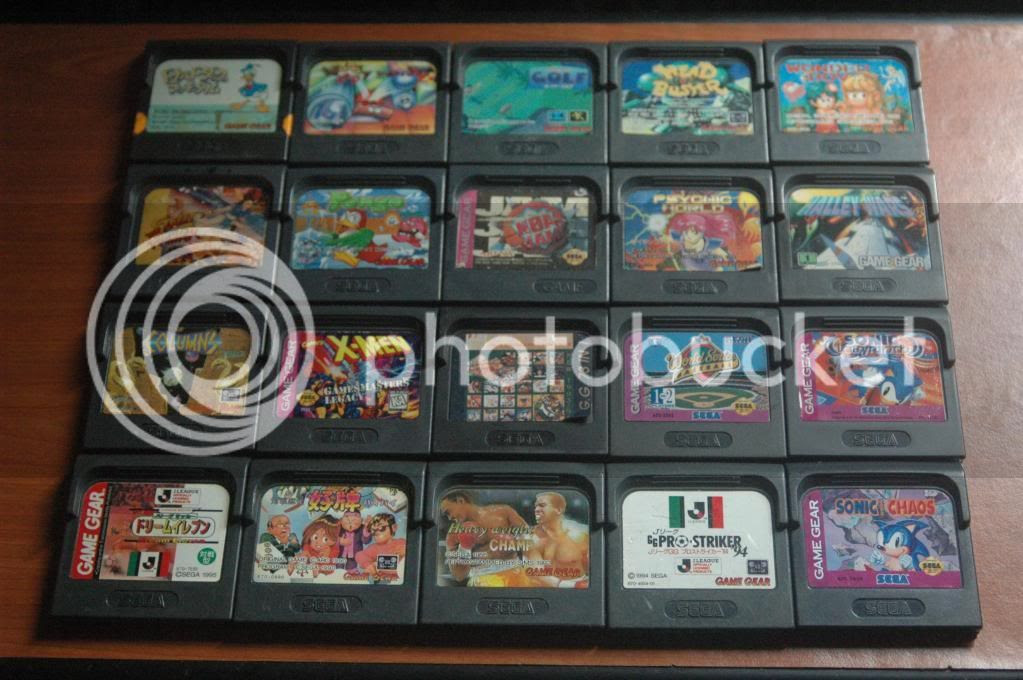 Among the new purchases, i immediately liked this NBA JAM game. Aside from the fact that its my favorite game when i was a kid, the graphics is neat too.(excuse me for the "not so presentable" cosmetic condition) ha ha 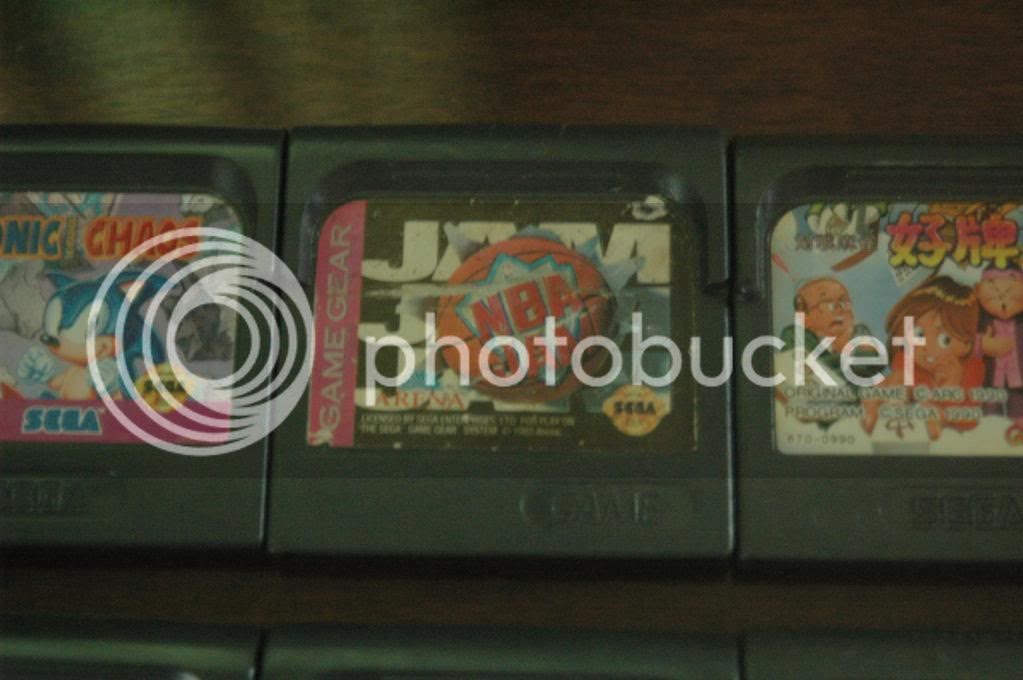 This wonder boy is a version of Famicom's adventure island if I am not mistaken. Game play is pretty much like it. The main character looks a bit different though . 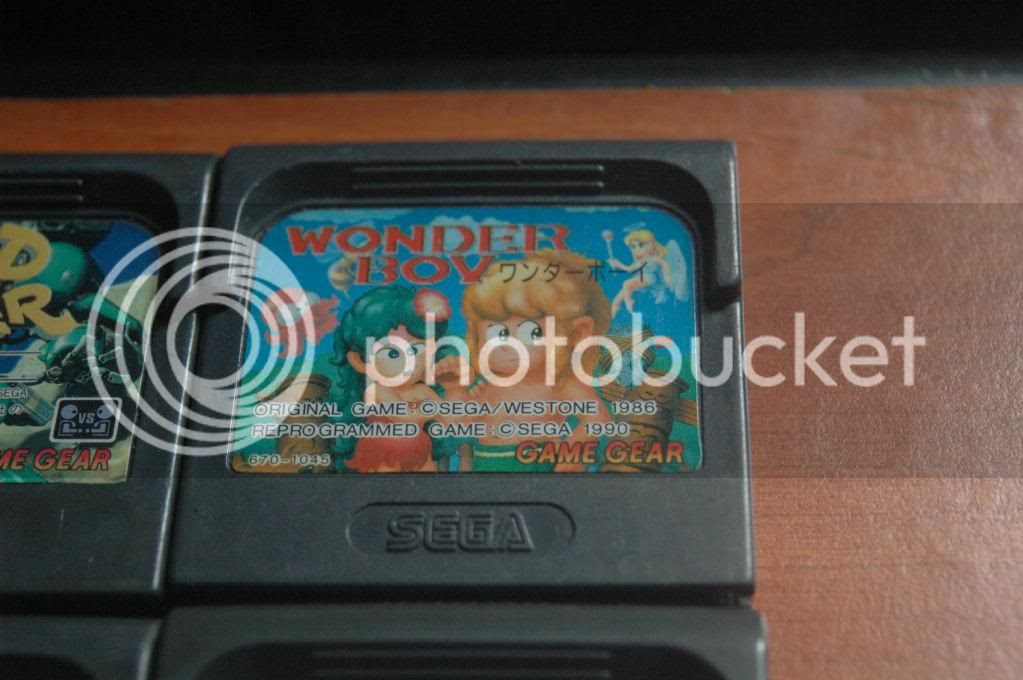 As i also mentioned in my previous post regarding my current sega game gear collection that i really like the art work within its cartridges. I'm very appreciative of old shiz's such as this. 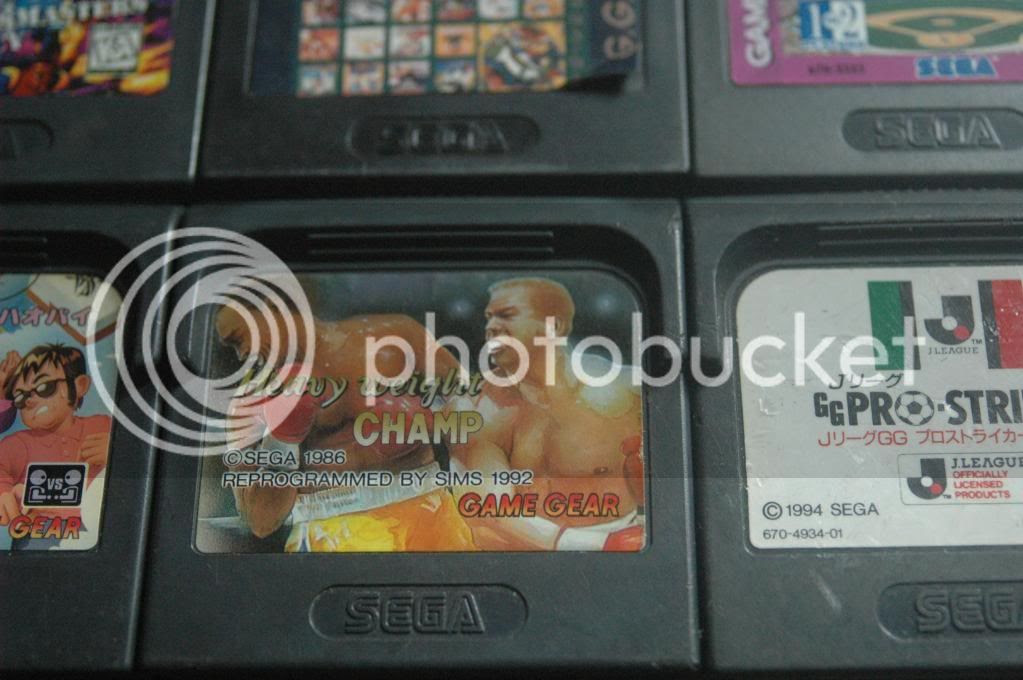 One of the great games among the set so far is this PSYCHIC WORLD. Very nice adventure game.Not to mention about a guys passion about the opposite (we don't see a girl as the lead character right?) =D

I purchased the set for quite a good price. Bulk,that is. So, again with that type of purchase doubles are a thing to watch out. Well, when we talk about SEGA, that double most likely will be the infamous SONIC the hedgehog, mainly because of its virtual battle with Nintendo's MARIO. LOL 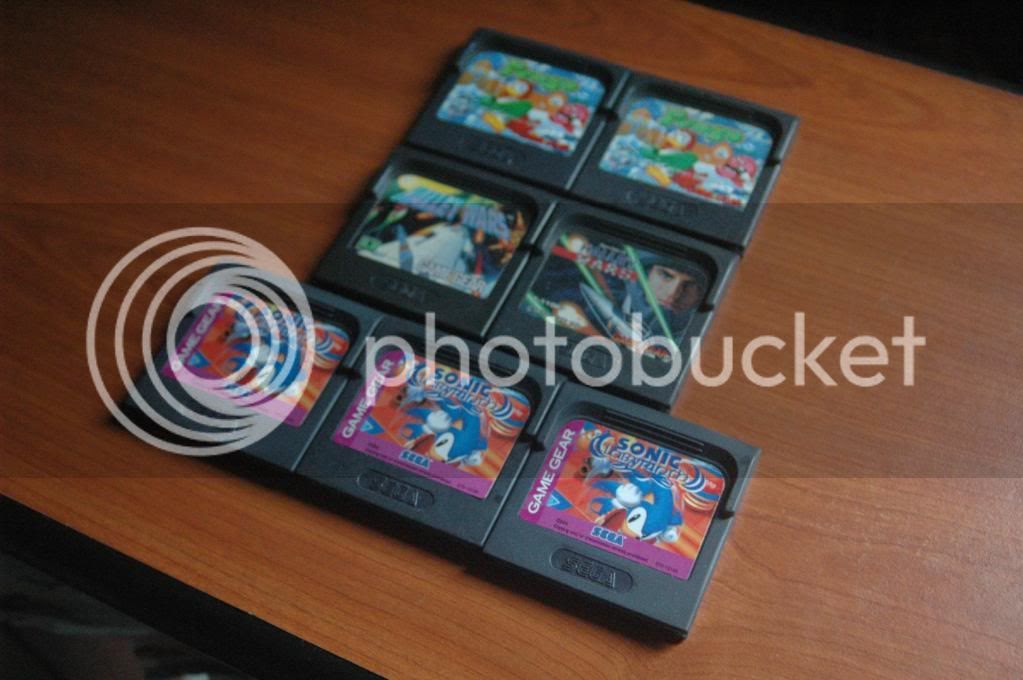 Email ThisBlogThis!Share to TwitterShare to FacebookShare to Pinterest
Labels: Sega

Okay. I didn't mean trouble as in trouble . If you can go HERE and read about my first post regarding my first Bung Doctor V64 . I mentioned how i got the stuff and the dilemma that i am having with it.

Just last, month when i was browsing an old box of more video game stuff and other toys that i got from our old house storage, i did get some more of video gaming stuff. I got some Sega stuff, some Nes and some others that i will later on post.

Meantime, Ill go on with this one good strike, yet again. I just knew that the first v64 of mine had a partner! 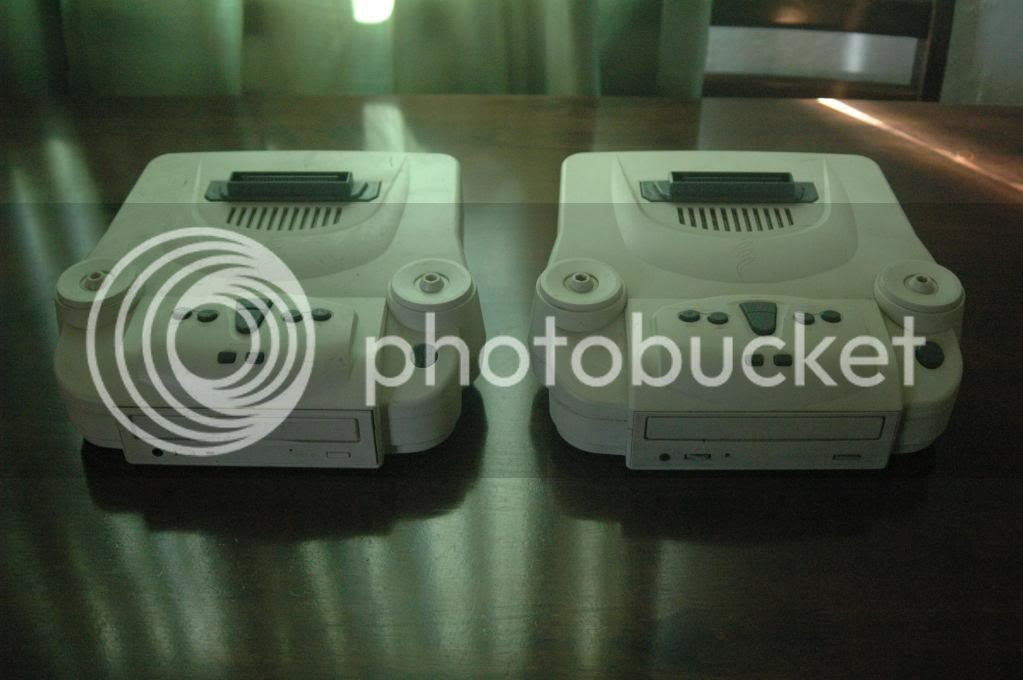 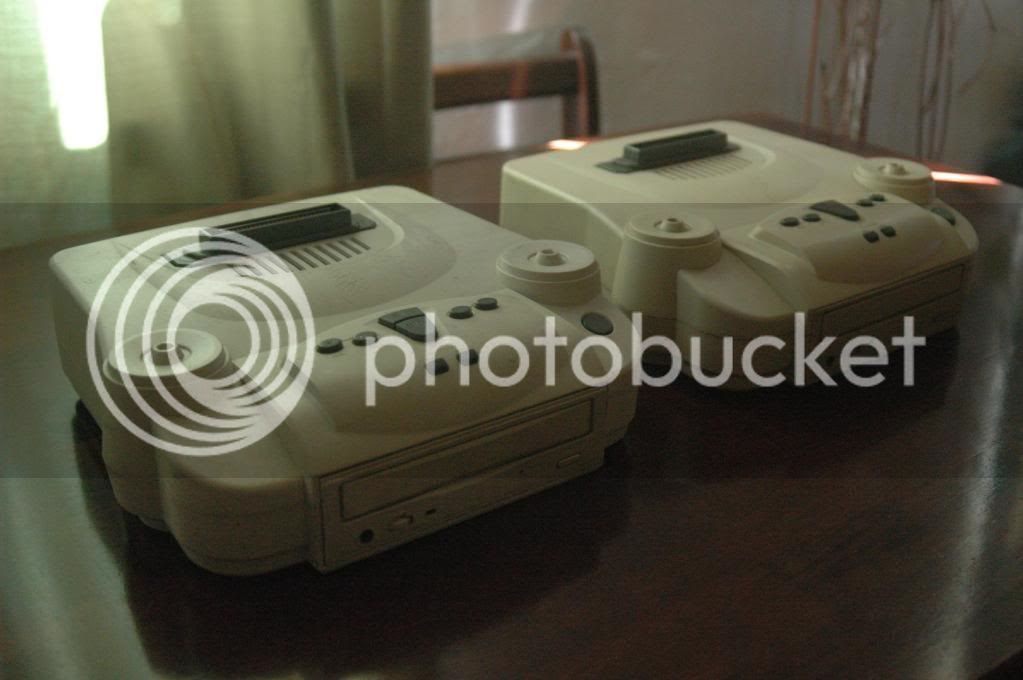 Now i have two of them, mean machines. One good thing though is, this stuff is stock and has the seal on the ram port and the screw holes. Meaning, this was not opened nor upgraded which was done on my other unit.The Ram available for the V64's were 128 megabits (16 MB) or 256 megabits (32 MB) 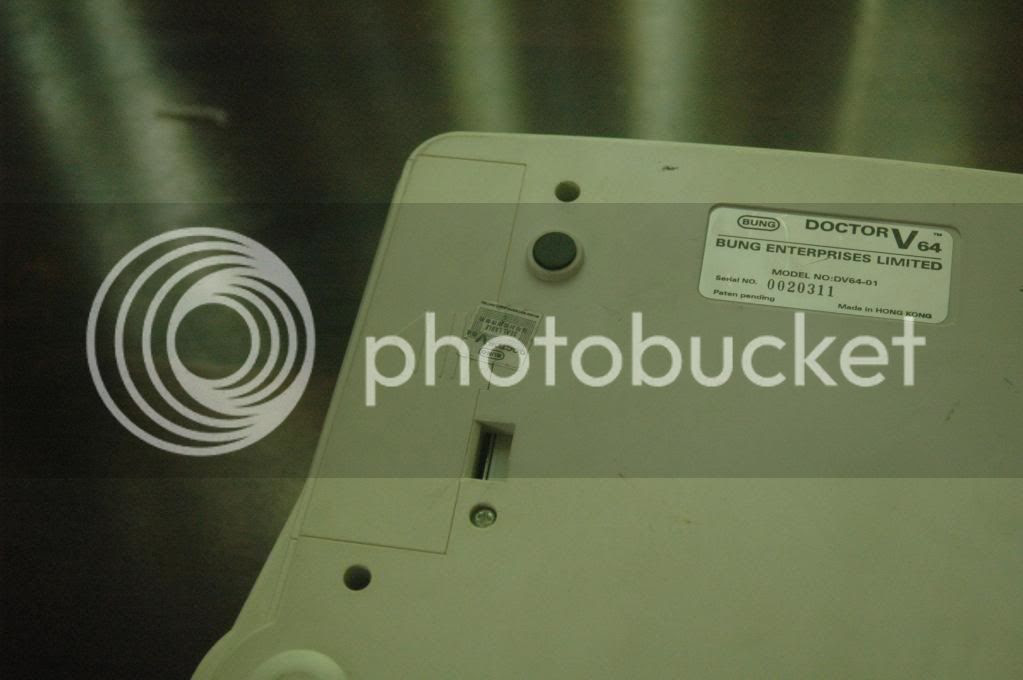 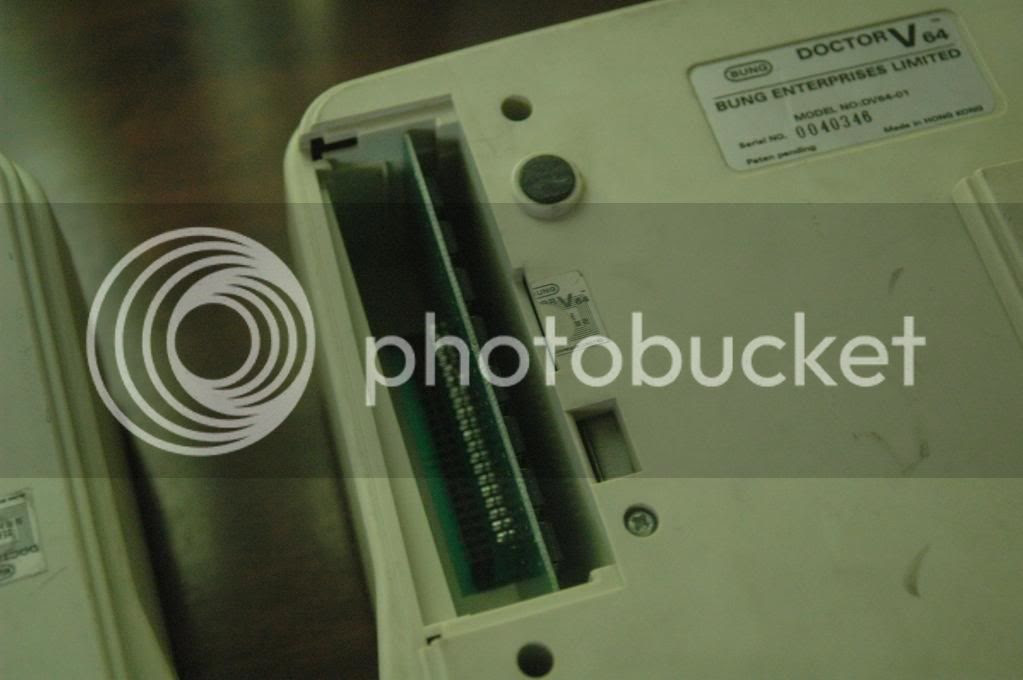 The trouble, I still have not found a power supply for them! I am having a project psu though,but its not complete yet. The port and cable used is the same as that of an S-video (4 Pin MiniDIN jack)

They are in some obvious reason the same, aside from the CD-Roms (which are easily upgradable) I consider them gems , some of my few priced possessions.
Posted by The Dark Rift at 10:47 PM 4 comments

Email ThisBlogThis!Share to TwitterShare to FacebookShare to Pinterest
Labels: Nintendo 64

If you can remember my first post regarding the guide on how to go to video game shops in HK , this will be another game shop guide on the very few shops around the place of HONG KONG.

To go here is easy:

First, find yourself riding a Tram going to Hennessy Road. The Tram passes just right about this road so no worries. The Tram then will pass a street called heard street.There are sings, allot actually,being HK a tourist friendly, so you can see. You can instantly notice it. The street has a famous convenient store on it also that you can make as a landmark. 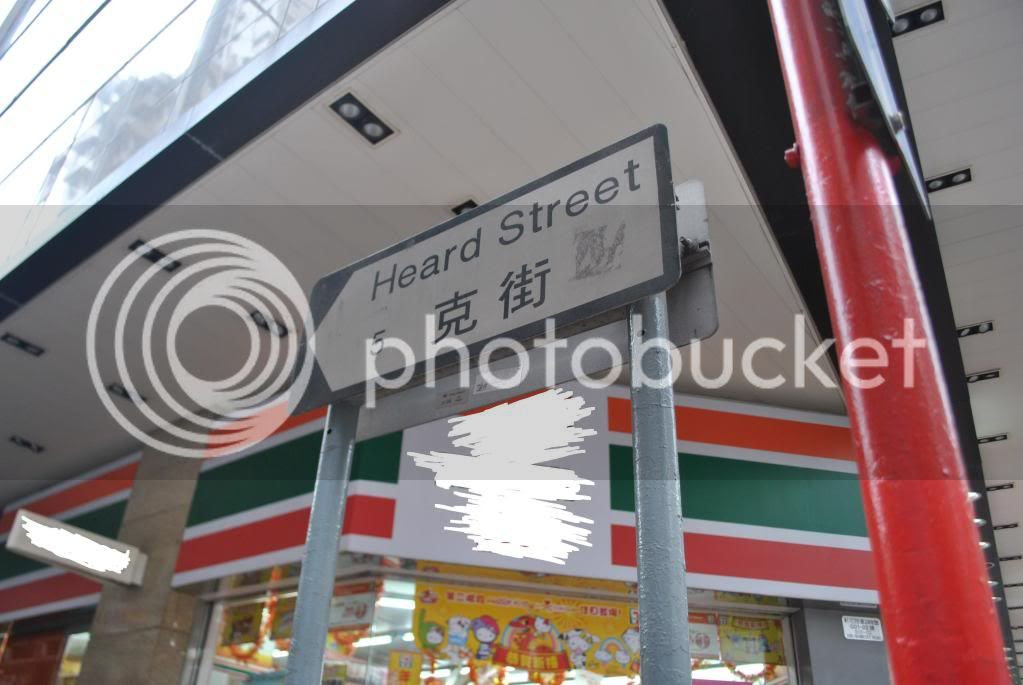 Just walk right into the street and you will see the Oriental 188 shopping centre. 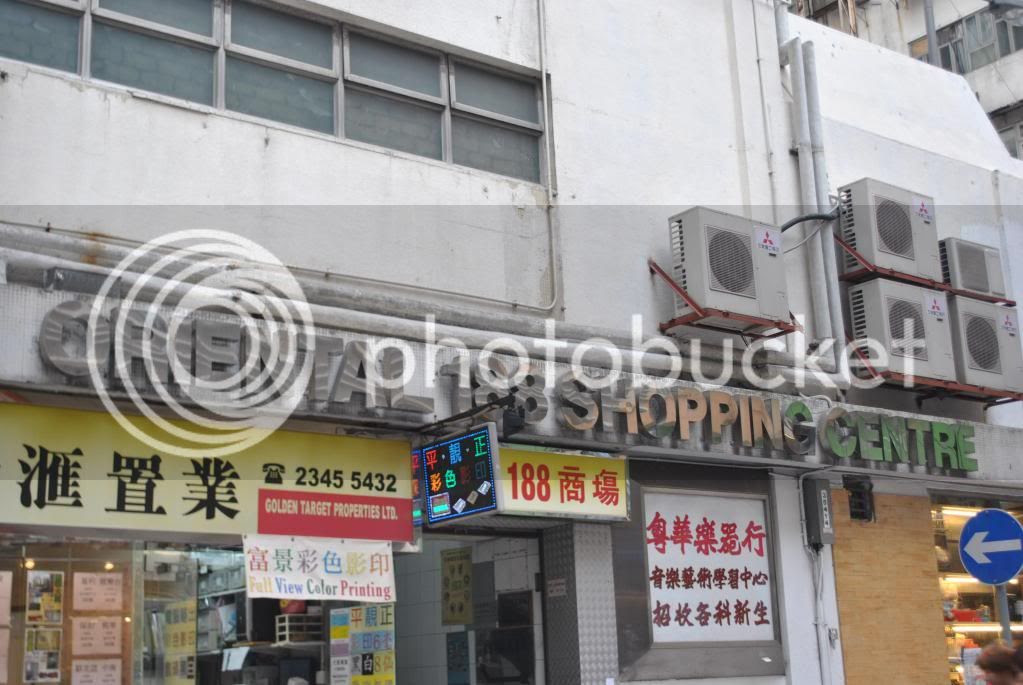 Just go inside and you will see allot of small stores, computer stuff mostly and some adult material that are half covered with blankets =D (seriously)

Roam around and at the left most corner you will see the shop. You will see some retro video gaming stuff lying just around the door of the shop.Just like the other HONG KONG video gaming shops , you instantly notice the shop with lots of anime and video gaming posters outside the store. By the way , i cant read chinese so I DONT KNOW THE NAME OF THE STORE =) sorry. 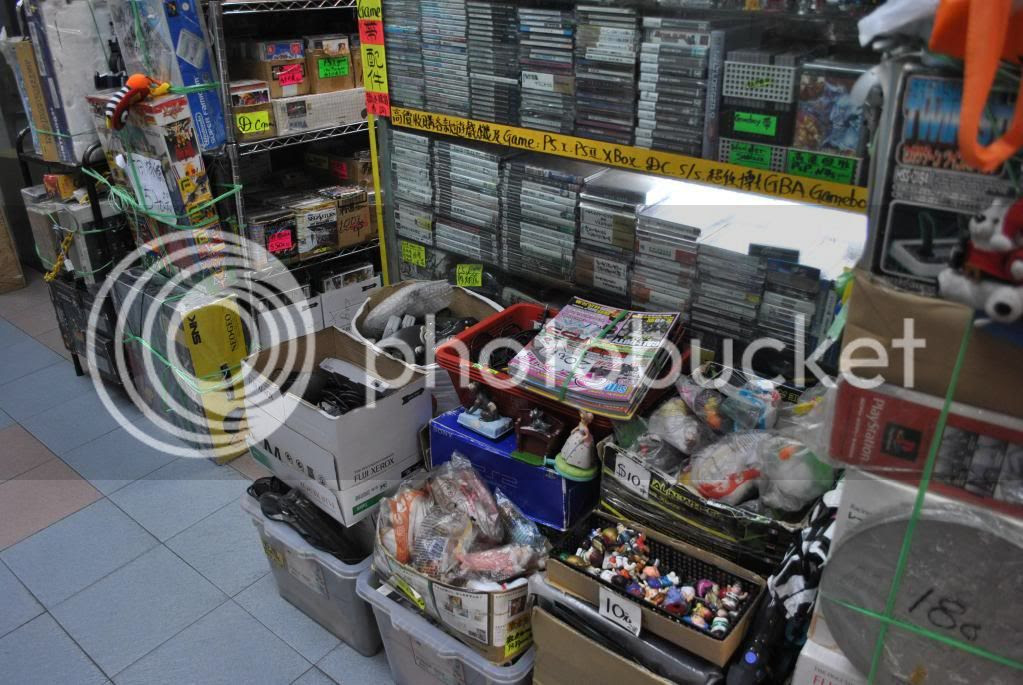 This shop is definitely smaller than the other shops that i visited but this definitely has the quantity edge when we talk about retro gaming stuff. I mean, allot! The gamers from a far land can definitely feast on this shop! 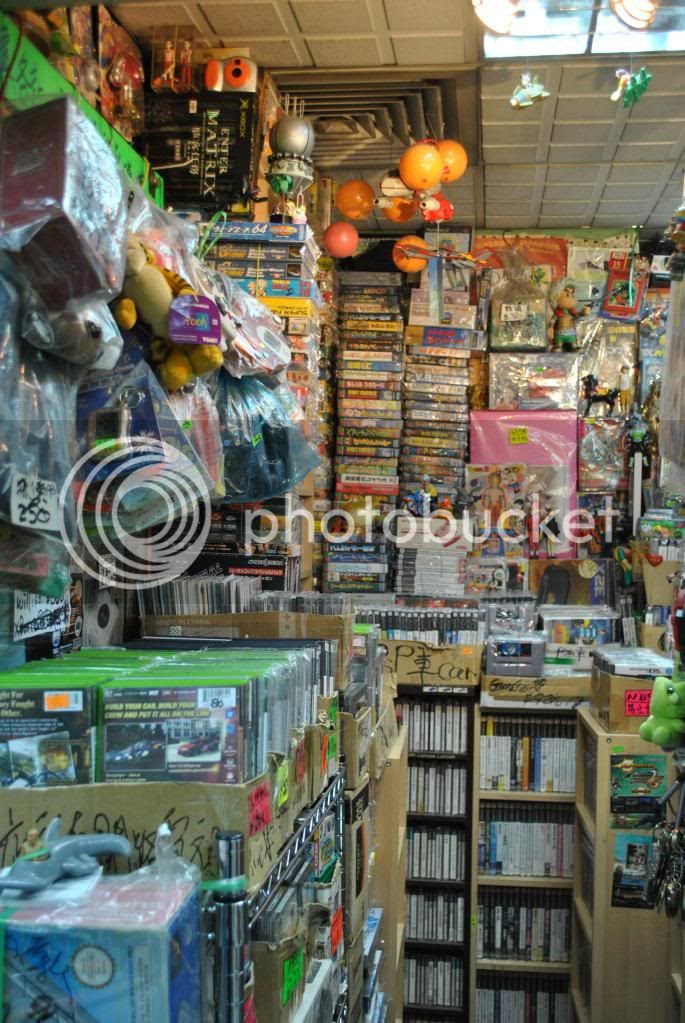 Although the shop is very small, the stuff here are very neatly arranged and compact! You can hardly move inside because there are literally stuff anywhere!you just look and stay in a one aisle position, even just outside the store! 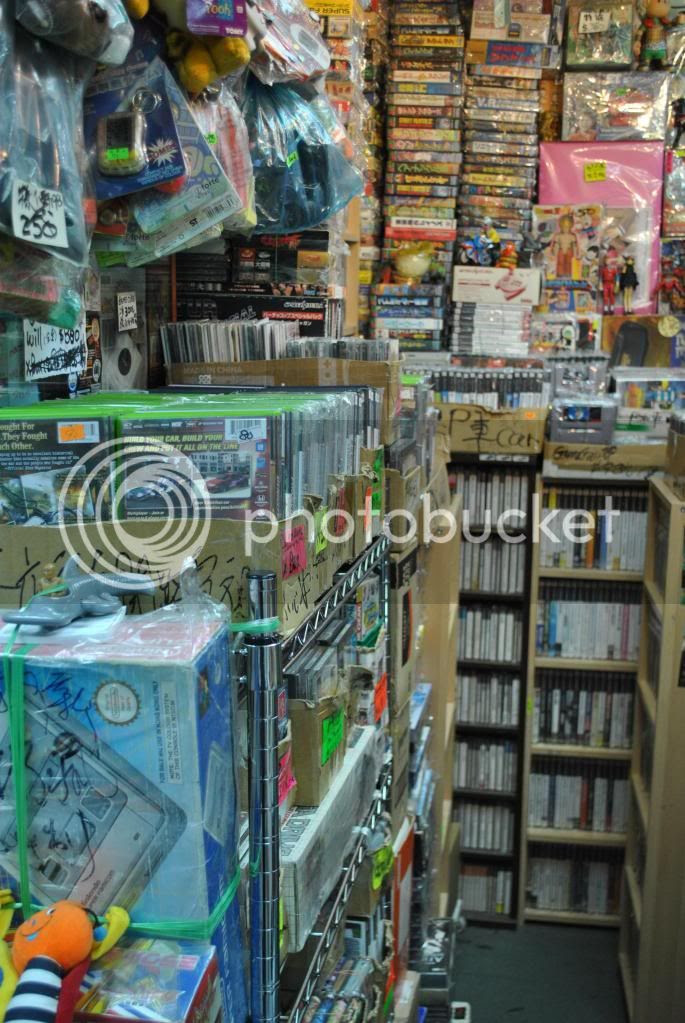 The shop has allot of games in stock! Sega CD, pc engine, megadrive , almost all Japanese goodness you can find here. There are even boxed and sealed stuff! 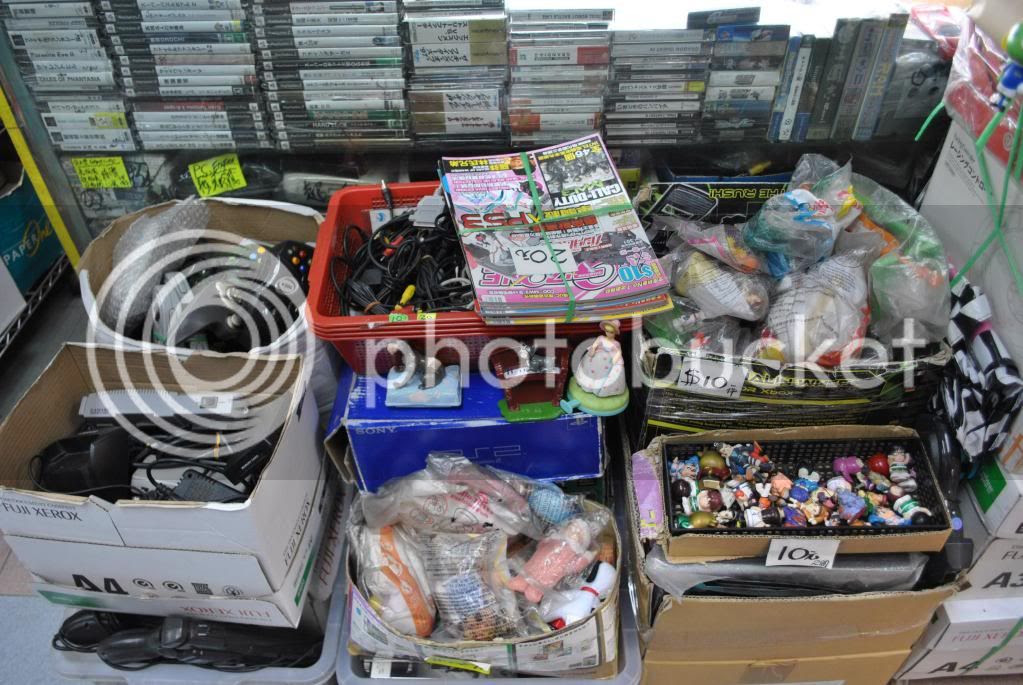 The price isn't that friendly though, just imagine a collector buying from a fellow collector. So no bargain prices again. 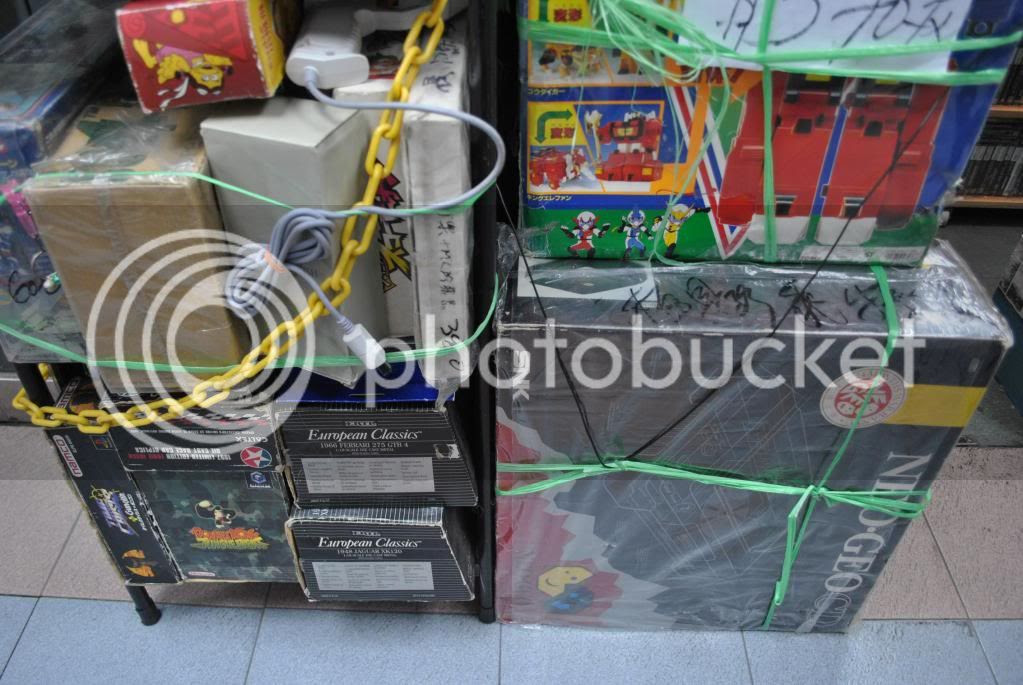 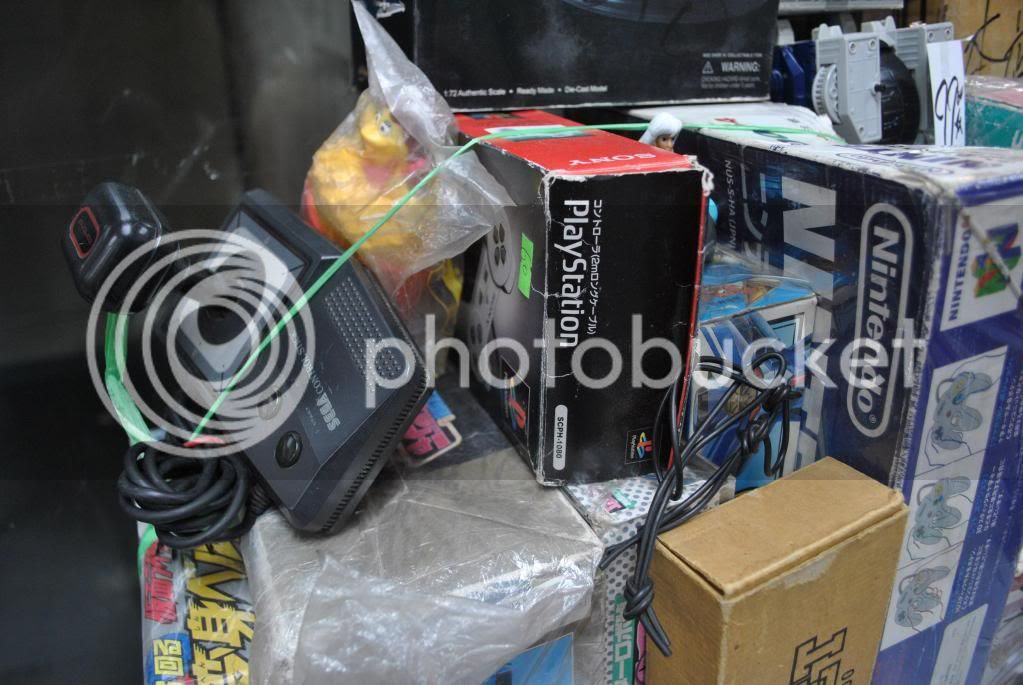 Always remember to bring loads of quarter when you go in this shop! you can haul dozen or so for sure. As for me, all i got were photos and eyes full of retrogaze memories.
Posted by The Dark Rift at 1:41 AM 7 comments